Get 6 FREE Moving Quotes for Shipping to LEBANON

Moving to Lebanon from Dubai in 2021 takes careful preparation and attention to details and documentation. We provide everything you need to know before moving from Dubai to Lebanon. Start your move today by obtaining up to 6 competitive moving to Lebanon quotations FREE.

At just under 10,500 km² Lebanon is the smallest sovereign state on the continent of Asia. However, what it lacks in size it more than makes up for with a rich history and religious and ethnic diversity.

With a civilisation that stretches back more than 7,000 years, Lebanon was at one point the Roman empires center of Christianity. However, in subsequent centuries the Arab Muslims conquered the region followed by the Crusades after which began 400 years of rule under the Ottoman Empire, which ended following World War I.

In 1943 Lebanon gained independence after which the country experienced relative calm and prosperity. It became a major tourist destination and by the ’60s was a major banking hub in the region. Beirut became known as the ‘Paris of the Middle East’. However, in 1975 a civil war broke out which lasted 16 years and cost as many as 200,000 lives and displaced 1 million people.

Since 1990 the country has experienced relative peace, (although often quite fraught and fragile), and in an attempt to maintain stability and avoid sectarian conflict, today’s Lebanon is a parliamentary democracy with a Maronite Christian as President and a Sunni Muslim in the role as Prime Minister.

Tourism is still an important economic sector in Lebanon despite the conflict in Syria, with over 1.5 million tourists per year, this accounts for around 10% of the Lebanese economy. In recent years more and more Japanese tourists have begun visiting the country.

The climate tends to be hot and humid in coastal areas during the summer combined with some rain during winters moving inland, particularly the mountainous region’s, where temperatures drop dramatically, sometimes below freezing, with heavy snow at highest altitudes.

The expatriate population in Lebanon is much different and generally much smaller than you would find in Gulf countries in the Middle East such as Saudi Arabia, Qatar, Kuwait, and the UAE. Many of these skilled positions throughout the country are taken up by the well-educated Lebanese population. The vast majority of ex-pats are employed within diplomatic circles all by NGOs, as well as sectors such as architecture, engineering, construction and also tourism.

Whilst Arabic is the official spoken language, French and English are widely spoken, so many ex-pats will find communicating socially or in business much less of an issue than in other foreign countries. Similarly, the vibrant and diverse culture of the country often makes it much easier for an ex-pat to integrate and less of a culture shock that expatriates often experience when moving to Middle Eastern countries.

Lebanon reflects it’s religious diversity by celebrating a number of religious holidays throughout the course of the year and regardless of religious the nomination, everyone is entitled to take these days off work.

Beirut is a vibrant city with a lot to do and see especially Hamra and Jounieh which are great shopping and have a white choice of lively bars and restaurants. Most areas in the city safe but it is advisable to stay away from areas near the airport and also in the vicinity of the refugee camps.

The climate is enjoyed by many ex-pats who relocate to Lebanon. Indeed at certain times of the year, it is possible to ski in the mountains in the morning and swim in the Mediterranean Sea in the afternoon. 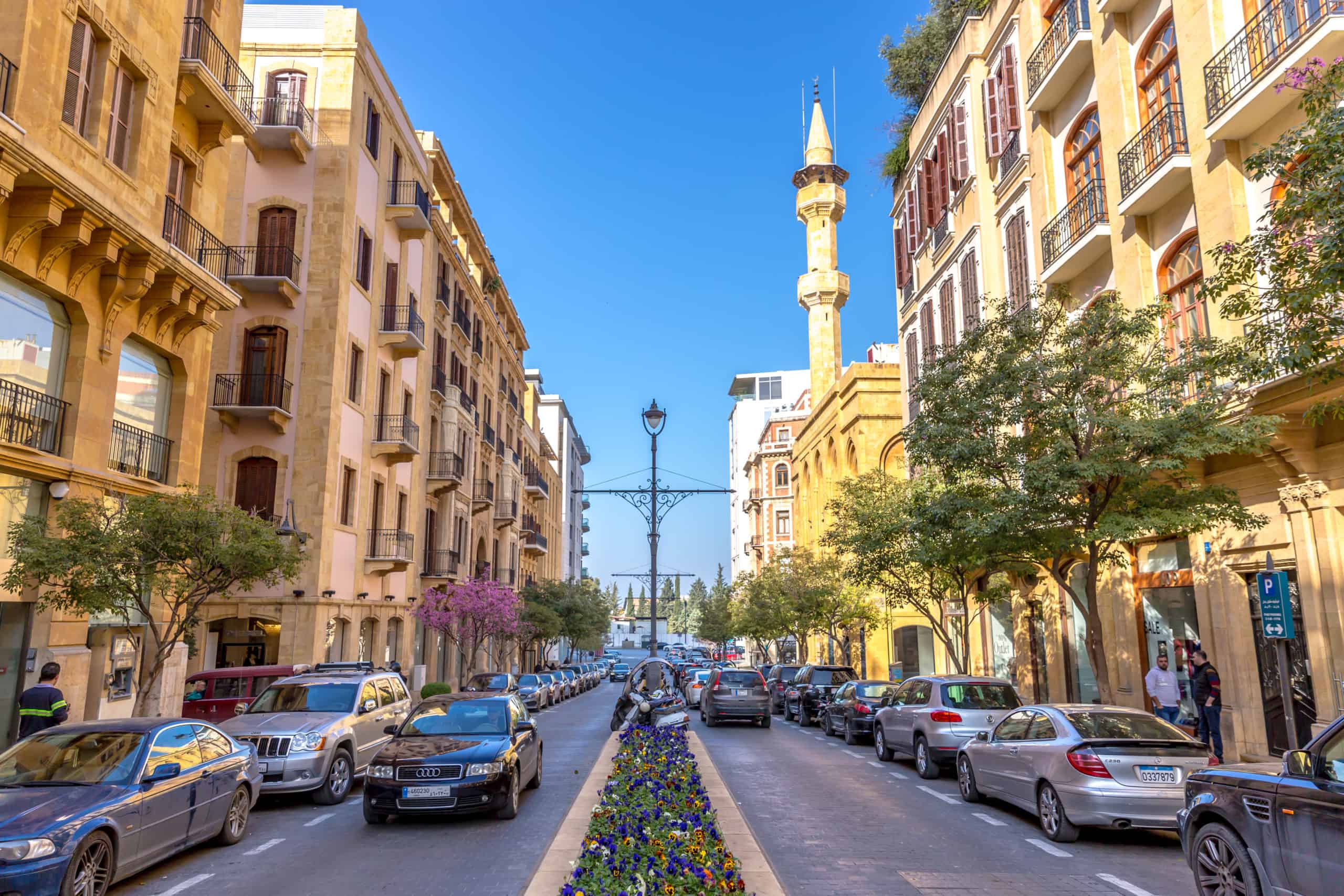 Once known as the Paris of the Middle East - A modern area in downtown Beirut, Lebanon

What is the Cost of Living in Lebanon?

Before relocating to Lebanon it is important to determine with your employer whether they will provide you with medical insurance coverage or whether you need to make arrangements. The general standard of healthcare in Lebanon is reasonably good the country is rated 91st by the World Health Organisation.

Most public clinics and hospitals are generally good, especially in major cities. Doctors and nurses are professionally trained and mostly English/French speaking however in certain areas political and social tensions mean some facilities have been neglected by the government compromising the amenities and quality of care.

For this reason, many people choose private medical insurance. The government offers a government-funded health care system modelled on the one available in France. It is called the National Social Security Fund – NSSF. In most cases, funds for treatment need to be prepaid and then claimed later through the NSSF.

It is advisable to arrange vaccinations prior to your move to Lebanon including Hepatitis A and Hepatitis B. 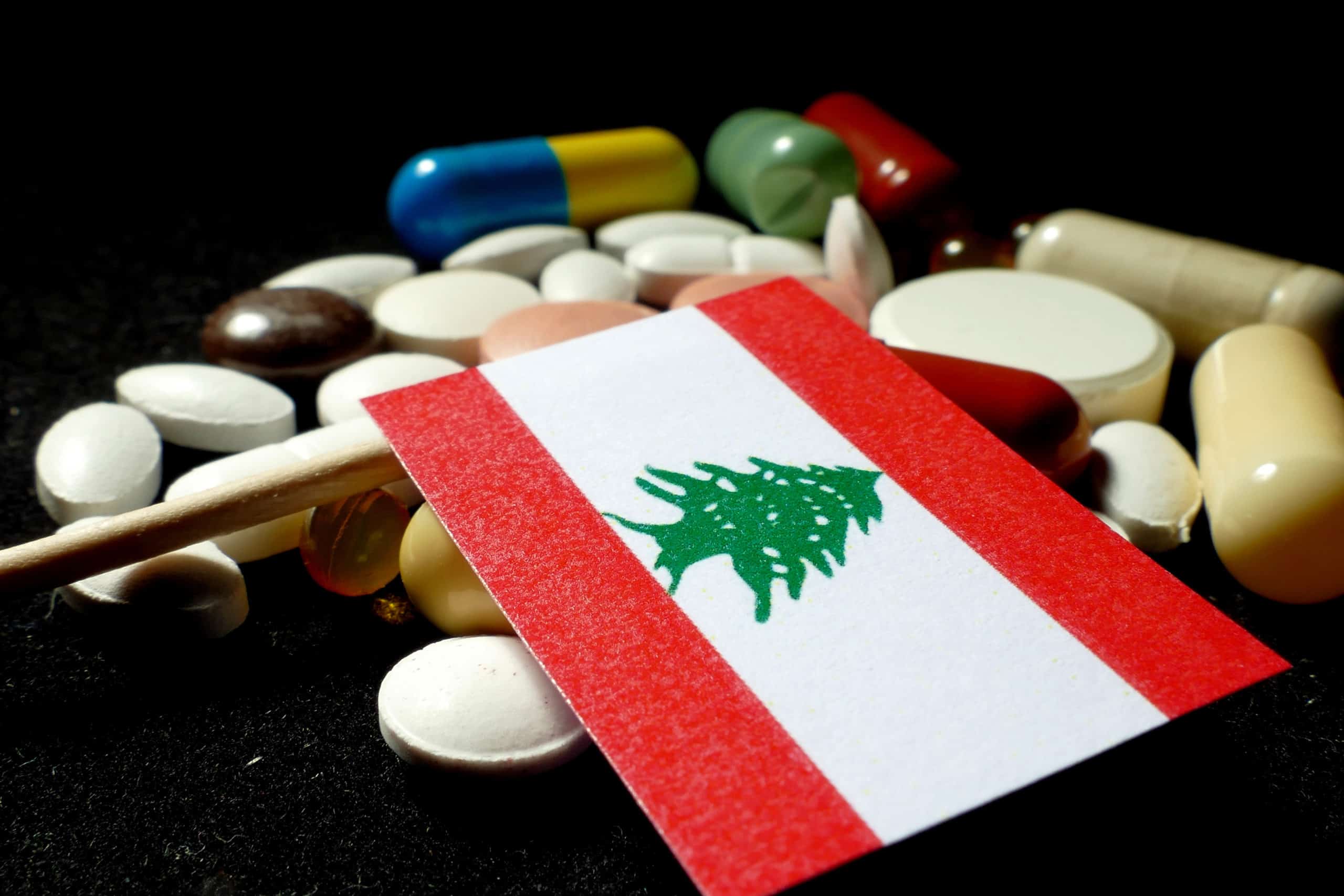 Most people who can afford it choose private healthcare in Lebanon

How about Schooling in Lebanon?

Of the countries in the Arab world, Lebanon has one of the highest literacy rates. All schools adhere to the ministry of education’s guidelines with the first three phases of education which is primary, intermediate, and secondary. This covers the first eight years of compulsory education. In addition to the main subjects on the curriculum, English or/and French is also taught. The education curriculum is generally IB.

Following secondary education, an optional ‘further education’ is available to students in the form of vocational training Institute, a college, or a university. The length of this square education is dependent on the choice of program, and normally tuition fees apply.

There are a large number of international schools available particularly in and around Beirut. Private school fees tend to be relatively high if you are fortunate, you may find your employers includes educational allowances as part of an expat remuneration package.

Some schools in Beirut

When moving to Lebanon from Dubai, importation of Household Goods and Personal Effects

Note: This document is provided as a guide for people moving to Lebanon from Dubai, UAE and for information purposes only. Customs regulations can and do change at any time, usually without notice. Your mover will provide you with more information.